The West Indian Whistling Duck (Dendrocygna arborea), commonly known as ‘Whistler’, is restricted to the Northern West Indies and is listed as ‘Near Threatened’ by the International Union for Conservation of Nature (IUCN). These birds are quite interesting; not only are they considered the largest and darkest of their genus, they also produce a whistling sound ‘pip-pip-pip weeeeeeaaaaa’ which is quite distinct from the ‘quacking’ sound one normally associates with ducks. 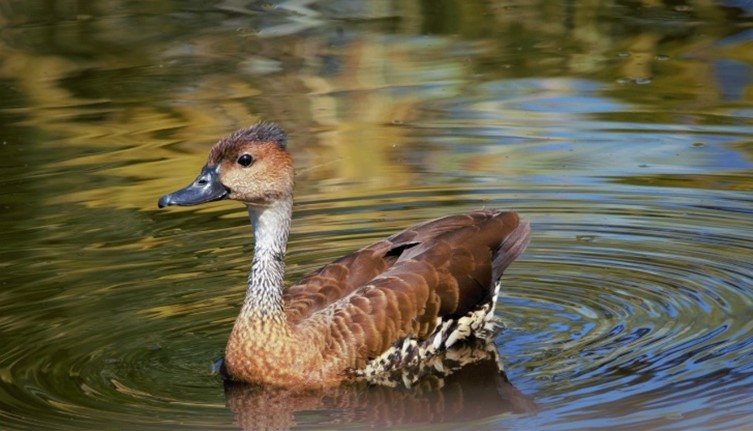 Threats to this species include destruction of their wetland habitats, predation from invasive alien species (e.g. mongoose), climate change (severe drought, storms and flooding), poaching, and pollution from agricultural activities and other sources.

Contrary to the belief of some local hunters, the West Indian Whistling Duck (WIWD) is protected under the Wild Life Protection Act, 1945. It is therefore illegal to hunt and kill them for any reason. Anyone found in infringement of this law could be fined up to one hundred thousand Jamaican dollars or face twelve months imprisonment.

In an effort to reverse their decline and to reduce further degradation of their wetland habitats, the IWEco Jamaica Project is undertaking a population assessment within the Negril Environmental Protection Area (EPA). This assessment will identify critical sites for breeding and foraging as well as the threats to their population in the Negril EPA. Following the assessment, a management plan to restore the habitats of the species will be created.

On Inauguration Day in the United States of America (20 January 2021), two West Indian Whistling Ducks nicknamed ‘Joe’ and ‘Kamala’ were inducted as the first of their species to be fitted with GPS tracking devices. This GPS tracking system along with the banding of the birds are techniques being used to obtain information about their daily movements, range and habitat use in an effort to plan their recovery. 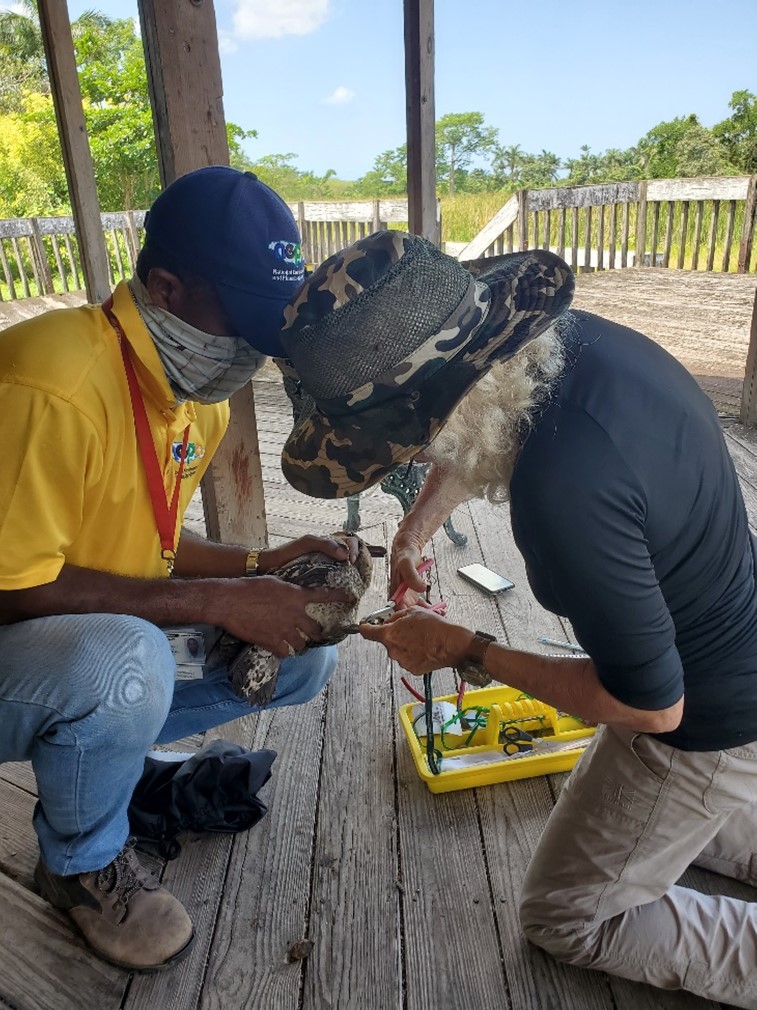 As exciting as this all sounds, the process is not all smooth sailing. Recent attempts (April 2021) to catch and band WIWDs within the Royal Palm Reserve (RPR) in the Negril EPA were met with a few setbacks, including an attack on the ducks by the small Indian mongoose (Herpestus auropunctatus). This attack unfortunately led to the capture and banding of only a few birds as the majority retreated to safe locations.

A simply constructed wire cage with cracked corn was used as a lure to trap the birds, but they were able to escape capture by feeding exclusively on corn scattered around the exterior of the cage. Based on this observation, the approach has been adapted so that cracked corn is now placed solely on the inside of the cage.

To successfully increase the population of WIWDs in the Negril EPA, the project is adopting best practices from other successful conservation measures being executed locally. The rebound in the population of the Jamaican Iguana (Cyclura collei) in the Hellshire Hills is one such example. According to Barun (2011) trapping has proved an effective approach in controlling mongooses, feral cats and dogs in Hellshire Hills. It is anticipated that this approach will also be effective in controlling invasive alien species in the immediate vicinity of the core habitats of the WIWDs.

It is important to understand that all species on Earth have a role to play in creating balance and stability to nature’s processes. Wildlife conservation is integral in maintaining this balance. The IWEco Jamaica Project is working to ensure the long-term survival of this species but also to ensure that future generations are able to enjoy our wondrous world and the incredible species that live within it.